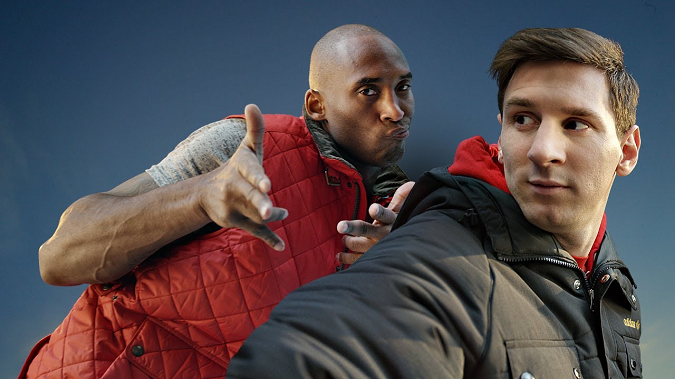 In a past Cirrus ABS blog, I wrote about the effectiveness of the Dollar Shave Club YouTube advertisement in the context of leveraging an effective strategy. Their campaign has been so successful that they’ve been able to air an abridged version of the YouTube video on commercial television and have expanded into new product lines.

That ad came to mind immediately when I viewed this Turkish Airlines advertisement featuring basketball player Kobe Bryant and soccer player Lionel Messi. My first exposure to the ad was as a YouTube advertisement, and reading more about itI learned the advertisement was actually a “sequel” to a previous ad featuring the two sports stars. I’ve embedded the video of the most recent below.


I think the new Turkish Airways ad is a brilliant effort to capitalize on past success. My boss likes to say that the proof with any of these things is in the pudding. Well, in four weeks this video received more views than its predecessor received over the course of an entire year.

So what makes it so brilliant? For one, this advertisement crosses boundaries, remaining relevant to all segments of the Turkish Airlines audience. Both athletes have world-wide appeal, one distinctly American, the other transcontinental. Their images are well known to sports fans as well as to people who casually follow the news. Almost anyone viewing this advertisement will know one of these men.

Another great point is that the advertisement is language-neutral. Neither athlete speaks in the commercial except to say his name. The graphics and words used in the ad can be subbed out at a minimal cost without compromising the highest value aspect of the ad: the star endorsers. This enables much higher production values for a greater showcasing of the final product. The advertisement can still be customized to make it more relevant for broadcasting to specific segments in different language groups.

Do not underestimate the value of this flexibility to leverage the advertisement across localized segments! If Turkish Airlines would choose to run this ad during international soccer matches leading up to the World Cup, the graphics could be repurposed to show signs, text messages and other graphic elements in the relevant local languages for the audiences they’re targeting. As their opportunities change they can take the content they’ve created and adapt it for the relevant segments without compromising the elements of the advertisement that make it effective. The same can be done online!

I also like that the ad concept hinges on a common experience that is starting to cross over from the “early adopter, young technology user set” to the general population. I’m sure just about everyone following the news who didn’t know what a “selfie” is became very familiar with the term after the controversy from Nelson Mandela’s memorial service.

Finally, the advertisement communicates a critical brand message – that you can get to all those amazing destinations from Turkish Airlines, which of course was the point. All too often brands work really hard to do something that is “viral” that does nothing to actually communicate the brand value. This ad enabled Turkish Airlines to not only get a viral distribution but also show potential customers what destinations can be reached by their airline.

When putting this ad together, it was not just a simple matter of “getting bigger numbers” but thinking through how they could best leverage an opportunity to reach their strategic objectives. Of course, everyone has their own favorites. What advertisement did you see this year that really stood out? Let us know in the comments below!

7 Things to Consider When Developing a Location-Based Marketing Strategy

You’ve likely heard the saying, “every journey begins with a single step.” Well, that same concept can be applied to multi location-based marketing...

An Introduction to Multi-Location Marketing Strategy: The Importance of “Looking Local” to Get Better Results

It can be challenging to gain visibility on a local level in the digital environment. But that’s exactly what businesses of all sizes that rely on a...

For Multi-Location Brands, Thinking “Beyond the Map Pack” is Key to Effective Local Performance

The internet has a global reach, yet nearly every day, consumers search for local results—maybe they’re looking for a plumber, an HVAC repair person,...